Relevance:
This study suggests that dietary supplementation with vitamin D3 or n-3 fatty acids prevents incident autoimmune disease, but the high number to treat argues against the widespread implementation of this strategy in a population without particular risks. 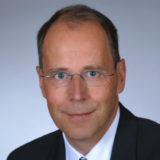