Key content:
Up to 30% of patients with psoriasis will ultimately develop PsA with an average time interval of 7-10 years. 384 Patients were followed within a longitudinal cohort and times between diagnosis of psoriasis and psoriatic arthritis were measured and potential predictors such as gender, age at psoriasis diagnosis, nail involvement or alcohol/smoking analysed. Age at diagnosis of psoriasis was statistically associated with transition time from psoriasis to PsA. Patients aged 42.6 years had an average around 12 years less between psoriasis and PsA compared to patients aged 18.9 years after controlling for other relevant variables. Patients on bDMARDs appear to have on average 4.5 years less between psoriasis and PsA compared to patients on NSAIDs and csDMARDs.

Relevance:
This study demonstrates that age at psoriasis onset is the strongest predictor of time to transition from psoriasis to PsA. Previously data from Argentina had suggested that the use of bDMARDs for psoriasis has lead to a lower incidence of psoriatic arthritis over time. The present findings do not support this notion. In daily practise, older patients who develop psoriasis may benefit from arthritis screening. 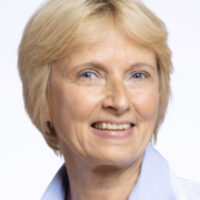