ANTIHISTAMINE USE AND STRUCTURAL PROGRESSION OF KNEE OA: A POST-HOC ANALYSIS OF 2 PHASE III CLINICAL TRIALS

Prior studies indicate that mast cells are involved in chronic inflammation and that their activity in the synovium may contribute to structural progression of osteoarthritis (OA). Resent reports in OA patients suggest that antihistamines may reduce development of OA and lead to reduced risk of structural progression.
In this post-hoc analysis of two large phase III trials investigating oral salmon calcitonin in knee OA (NCT00486434 and NCT00704847) differences between groups of participants who reported using antihistamines, versus those who did not, over the 2-year study period was analysed. Secondly, the duration of antihistamine use divided into categories of either no use, 1-49, 50-299 or >300 days of use was investigated to evaluate exposure-response relationships. The outcome measure was structural progression defined as the change in minimum joint-space width measured by use of x-ray imaging from baseline to year 2.
Of the total study population of 2,206 participants, 1,485 completed the trial. Of these, 1,327 were non-users of antihistamines (mean age 64.4 years, 64.1% female, mean BMI 29.0) and 158 reported use of antihistamines of any duration during the trial (mean age 64.5 years, 75.2% female, mean BMI 28.1). Seventy-four participants reported use of antihistamines of a duration between 1-49 days, 21 participants between 50-299 days, and 63 reported use of 300 days or more. The mean JSW change from baseline in the group of non-users was -0.32 mm (95% CI: -0.36 to -0.29), versus -0.19 mm (95%CI: -0.29 to -0.08, p=0.02 for difference) in the group of patients reporting antihistamine use of any duration. 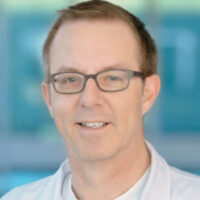